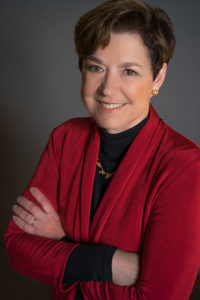 The highly controversial “convention center project,” as it was known to those in Lancaster County (pop. 510,000), was originally proposed in 1999 as a $75 million “public-private” partnership. The project would include a publicly-owned convention center ($30 million) and a privately-owned hotel ($45 million).

At the time of publication of Pressed, the private sponsors of the project — the county’s biggest industrialist and monopoly newspaper — proposed, and had approved, another $25 million in additional public funds for the project. This makes it the most expensive capital project in Lancaster County history.

The private owners of the hotel, because of close relationships with local and state lawmakers and officials, were also able to avoid paying property taxes on their Marriott Hotel, located on the site of a former national historic landmark building.
That building, the Watt & Shand department store building (1895), was demolished to build the 300-room Marriott hotel. Several historical buildings, including the former home and business of Thaddeus Stevens, the great Civil War-era Congressman, were destroyed or partially torn-down in the development of the hotel-convention center project. The Watt & Shand was removed from the National Register of Historic Places as a result the developers’ demolition of everything except part of the façade.

Pressed tells the story of how the convention center and hotel went from $75 million to nearly $200 million, and how the cost of building the project shifted from a private-public split, to the public paying for almost the entire thing. The story is told from the vantage of someone, Commissioner Molly Henderson, who was there, as a sitting commissioner, who tried to stop the ill-conceived, risk-heavy, taxpayer-funded project before it was built.

Henderson paid a price for her opposition. The local newspaper — part of the small private investment group for the project — harshly criticized Henderson. More than a thousand articles misrepresenting her opposition to the project were published. This was at a time when people still read newspapers, just before the age of the smartphone.

The book is a “cautionary tale,” as it serves as warning to other communities. These over-hyped projects — convention centers; ballparks; arenas — are ubiquitous across the nation, and often cost taxpayers tens and hundreds of millions of dollars. Those millions usually end up in the pockets of a very few, well-connected developers, lawyers, and investors. That is what happened in Lancaster.

Pressed is a thorough, compelling read, complete with illustrations, charts, and a ‘map’ of the connections between the private partners and the public entities that funneled money to them. The book is exhaustively sourced, with more than 1,000 footnotes.

The author, Molly S. Henderson, was elected to the three-person Lancaster Board of Commissioners in 2003, and served until 2008. She was the lone Democrat on the board. Dr. Henderson, who holds a doctorate in educational policy from Temple University, was also Director of the Lancaster City Department of Health prior to becoming commissioner. Dr. Henderson, with a bachelor’s degree from James Madison University and master’s West Chester University, is also a former college instructor at Millersville University, and taught courses through the Red Cross. She also worked as a Registered Respiratory Therapist prior to her work in education and government.

Molly Henderson is married with two children and two dogs.